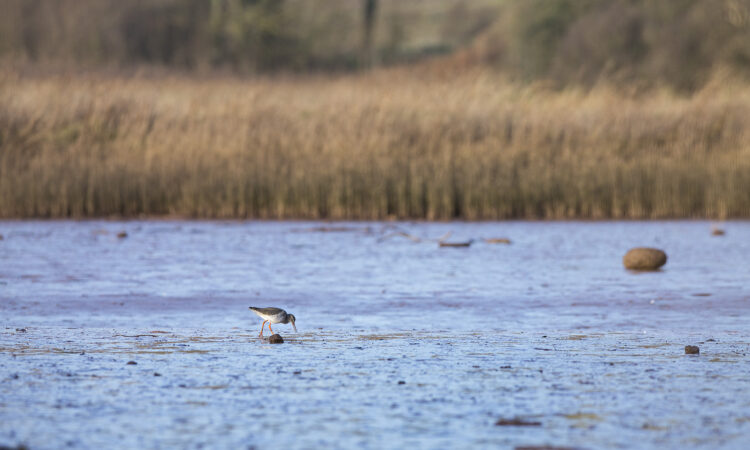 One of the key aims of the PACCo project is to adapt early to climate change. There are many ways we hope to achieve this, one of which is through sequestering carbon by reverting the human modified landscape back to a more natural state with greater carbon storage capacity.

Both sites for the PACCo project – the Saâne Valley in France and the lower Otter valley in the UK – have been modified by humans over the course of several hundred years. Largely, this modification has taken the form of reclaiming land from the floodplain for fields by building embankments and narrowing river channels. Whilst these changes might have made sense at the time, they are now causing certain problems for each of the valleys, including the flooding of local amenities such as the cricket club and the campsite, expensive maintenance of flood defences and footpaths, and the loss of rare intertidal habitat that could support a range of rare species and act as important carbon sinks.

The PACCo project presents us with an opportunity to restore the original landscape, returning fields to the floodplain and reverting the manmade pastoral landscape back to one that is intertidal. This intertidal landscape of saltmarsh and mudflat is one that is species rich, internationally rare, and excellent at capturing and storing carbon.

But before we find out more about the qualities of such a landscape, let’s explore why we need to sequester carbon in the first place, what the term ‘carbon sequestration’ means, and why it is an important step in tackling the climate crisis.

We know that the planet is heating up, with serious consequences for life on earth. This heating effect is largely the result of greenhouse gases being released into our atmosphere; they act like insulation, absorbing and retaining infrared radiation, causing the average temperature of the earth’s atmosphere to rise. Carbon dioxide makes up the bulk of these greenhouse gas emissions by tonne. It is released through the burning of fossil fuels (including coal, natural gas, and oil), solid waste, trees and other biological materials, and also as a result of certain chemical reactions (e.g. the manufacture of cement)1. The majority of current carbon dioxide emissions are human caused..

The planet has natural checks and balances in place that would have kept the amount of carbon in the atmosphere, and therefore the global temperature, at a relatively steady rate. Indeed, carbon dioxide is naturally removed from the atmosphere, or “sequestered”, when it is absorbed by plants as part of the biological carbon cycle. However, these natural stabilising processes are out of balance, as not only are we releasing unprecedented amounts of carbon dioxide into the atmosphere, we are also removing the habitats and destroying the processes that would typically have helped to reabsorb that carbon and restore balance.

The rainforest is a prime example of this, and perhaps the most well-known, with the forests thought of as the “lungs” of our planet. But mudflats and saltmarsh are also excellent carbon sinks, and ones that are also being lost at an extremely high rate. There are a number of reasons for this, but the rapid disappearance of our world’s wetlands – happening at three times to rate of our world’s forests – has been linked to the demands of a growing coastal populations, demands on natural resources and a lack of understanding about how important these landscapes are. 2

The lower Otter is an excellent example of this. With a growing coastal population, the need for housing and food production increased too. The logical solution at the time would have been to create more room for housing and food production by reclaiming land from the estuary’s floodplain for fields. Indeed, in around 1812, Lord Rolle constructed an embankment which reclaimed about three-quarters of the estuary for agriculture, straightened the river and disconnected it from its floodplain. It is only now, with the threat of sea level rise, expensive costs of repairs to flood defences and paths, and understanding of the potential of such a landscape for rare habitat and carbon sequestration, that we have the opportunity and knowledge to make better use of this land for future generations

By restoring the flood plains and recreating the lost intertidal habitat in the lower Otter and Saâne valleys, it is our hope that we will be able to create areas of saltmarsh and mudflat that can once again act as an excellent carbon sinks. In fact, when added together, “peatlands and coastal wetlands such as mangroves, saltmarshes and sea grass beds store more carbon than all of the world’s forests combined.” 3

By returning part of the estuaries back to their original floodplain, the land in both the lower Otter and Saâne valleys will be partly submerged under sea water for part of the day. Over time, mudflat and saltmarsh previously lost to fields will re-develop. In a later blog, we will talk more about the types of species that we expect to colonise these tidal habitats, the ability of wetlands to act as excellent nursery grounds for fish and their other wildlife benefits.

For now, we will stick with carbon. Although saltmarsh is usually only a part of a larger complex system of wetlands, it does not stop it from punching above its weight when it comes to carbon sequestration. Indeed, they are one of the most effective habitats per hectare when it comes to carbon storage; as explained by James Robinson of the Wildfowl and Wetlands Trust, this is because “when saltmarsh plants die, rather than decomposing and releasing their carbon into the atmosphere, they become buried in the mud. As sea levels rise more sediment layers get buried and more carbon gets locked beneath the mud.”4

In theory then, we can imagine the potential of the new intertidal landscape to capture and store carbon. However, we also want to be sure that we are measuring this robustly, and accurately quantifying the amount of additional carbon we have captured as a result of our project. With scientific integrity in mind, we have partnered with Manchester Metropolitan University, one of the leaders in this field, to help us measure the carbon currently stored in the estuary and the carbon that could be sequestered by the future landscape.

In late April, we were joined by Dr Hannah Mossman, Senior Lecturer in Ecology, to help us collect soil samples for the range of habitats that currently exist across the lower Otter valley. The samples collected will then be analysed to establish approximate current levels of carbon stored on site. In the future samples will be re-collected to enable any uplift in carbon storage to be calculated as a result of the scheme.

We will not know the full potential of the site to sequester carbon until several years after the end of the project. The focus now is to establish as accurate as baseline as possible, as robustly as we can, so that we can understand the project’s full impact in the future. We are hoping to post results once we know them from this first round of sampling– so keep your eyes peeled until then!