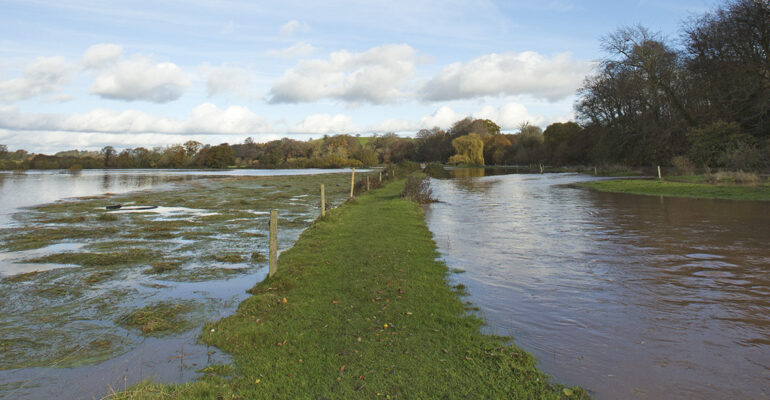 The project focuses on two pilot sites: the lower Otter Valley, East Devon, England and the Saâne Valley in Normandy, France. The ecological functionality of these two estuarine locations are currently negatively impacted by historical human modifications with their current societal value threatened by climate change. Together they present an opportunity to create a model for sustainable management of coastal and estuarine areas that can be used by other projects and show how multiple problems can be addressed to create multiple benefits. The initiative will recreate 100ha of inter-tidal and wetland habitat, enhance ecosystem services and bring socio-economic benefits to the two focus sites.

This initiative is the first time that the benefits of proactive coastal intervention have been demonstrated on this scale at two sites in different countries, giving greater international visibility. The intention is to use this increased profile to promote PACCo’s transferable model to an extensive stakeholder network to influence policy makers at national and EU level and enable climate change adaptation at more sites. Solutions will be collated as a ‘one stop shop’ model and by adopting this model benefits and savings can also be achieved at up to 70 other estuarine sites. Key benefits anticipated include: the costs of repair and replacement of existing flood defences is avoided; increased socio-economic benefits from increased tourism; public health cost savings; and increased natural capital value of the restored wetland habitat, with greatly increased ecosystem services.

New replacement defences (about 6km long) for the rivers Saâne and Otter, sized to cope with climate change, would cost at least €20m at today’s prices. A small (10m) repair on the Otter cost €259k in 2018 (€30K per m). The value of increased tourism is estimated to cause a 10% uplift in the economy over the project life. Cost savings from better public health are not yet available at a local scale but will be very significant, particularly in areas with an older population. Increased ecosystem services, including carbon storage, are estimated to have a value over the next 50 years of €5.45m.